To travel often you need to take a plane and it often happens that the main thing I consider when booking a flight is the price of the ticket. Then follows the duration of the flight and stopovers and finally the airline.
Following this path, in the past, I had the occasion to fly with several airlines, including Qatar Airways and Catahay Pacific, two of the best airlines also according Skytrax.

For my latest international trip, in September 2021 when I went back to Italy, the choice falls on Etihad Airways, which I never experienced before.

Let’s start by specifying that at that time, Japan was still totally closed to tourism and even the Olympic and Paralympic relatives would have closed before my return from Italy, so the combinations of flights at acceptable prices and times were not so vast. Moreover, once I returned to Japan, I would not have been able to return home using public transport, but only private vehicles or special trips and then face a 14-day quarantine at home or in the place that I would have communicated upon arrival at the airport. (after a negative result of the Covid-test at the airport).

Keeping in mind the process, the added costs of the PCRs and considering the hours at the airport upon arrival to handle everything, I opt to buy an economy flight Tokyo (Narita) – Milan (Malpensa) and return via Abi Dhabi for the very reasonable price of 489 € per person.

30kg baggage allowance, 5-hour one-way stopover arriving at 1pm in Milan and two and a half hours return arriving in Narita at 4pm, perfectly in time for the last special train at 7.30pm. Everything would have been fine, if only the company had respected the times and not delayed the Abu Dhabi-Tokyo flight by an hour and a half (notifying me when I was flying on the Milan-Abu Dhabi flight), thus making me finish the process upon arrival at 19.40, so losing the last special train and forcing me to take a special taxi for about 230€. Taxi that the company promised to reimburse me, but 11 months later, it still hasn’t. But let’s go first and see what it’s like to fly with Etihad Airways, from the in-flight experience to the worst customer service I’ve ever experienced.

My experience flying with Etihad

Flying during the pandemic (September 2021), each company had different flight policies also depending on the travel routes. In my case, I had to take various PCR tests, both for the requests of Italy and Japan, and for those of the company. In addition to the PCR done before departure and before the return due to Japanese regulations, Etihad Airways required a negative test for transit in Abu Dhabi (my pre-departure was within the hours limit and I did not have to do it again otherwise the cost would have been 50 $) and a rapid test upon arrival in Milan because of the “Covid Free Flights” policy. 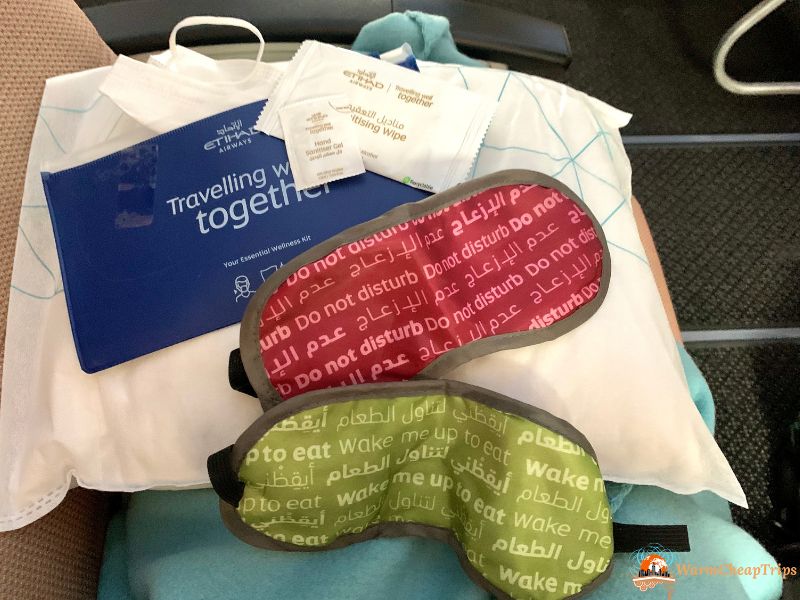 On the Ethiad website was promoted the service “Verified to Fly”, a service thanks to which, by uploading all the necessary documents, it would be possible to download the boarding pass and go directly to the dedicated desks to check in the luggage, avoiding long waits. Of course, I tried to use this service, but the results wa always “in progress” and even contacting customer service via email, I never received any answer and so I had to queue for about an hour and a half (thank goodness this time we had gone to the airport well in advance and there were still few people in the check-in queue!). On the way back we were instead among the first to check-in but because we had gone to the airport early to do the TaxRefund for our very first time, with no idea on how long it would take. Anyway, even for the return flight, the elusive “Verified to Fly” service did not work.

Assistance, amenities and food in flight

Among the Etihad flight attendants, there are some “Wellness Ambassadors” who care about well-being in flight and are very kind and available, in case of need or special requests. Indeed, if you turn to one of them for anything, even just to ask for water, they will take care of your needs throughout the flight. We were lucky enough to fly in almost empty airplanes, especially the routes to/from Japan and the hostesses themselves invited us to move into the empty rows so that we could sneak up on all the seats.
Seats which, however, are equipped with a headrest with shape on the sides, therefore quite comfortable because allows you to rest your head slightly tilted. Then, normal seats with two storage pockets, single TV and USB socket for charging devices.

As amenities were provided pillow, blanket and anti-covid set containing mask, disposable disinfectant gel, and disinfectant wipe. No toothbrush and socks. However, I found the double fax eye mask brilliant: with on one side written “Do not disturb” and on the other “Wake me up to eat”!! I don’t know about you, but I’m always terrified of missing out on food on the plane, even if it’s not usually haute cuisine: D

Speaking of food, we have been served complete meals with different vegetables and 3 choices have always been available, one of which is vegetarian, even without requesting a special meal. Water with meals is provided in mini plastic bottles, while when requested in flight, the plastic cup is brought. Not bad food, but average.

The flight experience was therefore positive, with a choice of films in many languages, including Disney’s movie Luca which I enjoyed since I had just been to Cinque Terre, where the movie is set.

On both the outward and return journeys, we had a stopover in Abu Dhabi at night, during which most of the restaurants and shops were closed and we were unable to find free relaxation areas or lounges, as in other airports, but just ordinary chairs everywhere. In addition, the airport was really cold, was much colder than on the plane…. I saw that many people kept the blanket provided in flight and used it at the airport, evidently, they knew of the absurd cold and did not have any problems getting pocketed the blanket.

Other than the closed shops, there isn’t much else at Abu Dhabi airport and the only thing worth noting is a kind of mushroom-like structure in the center of Terminal 1, a nice place to take a photo. 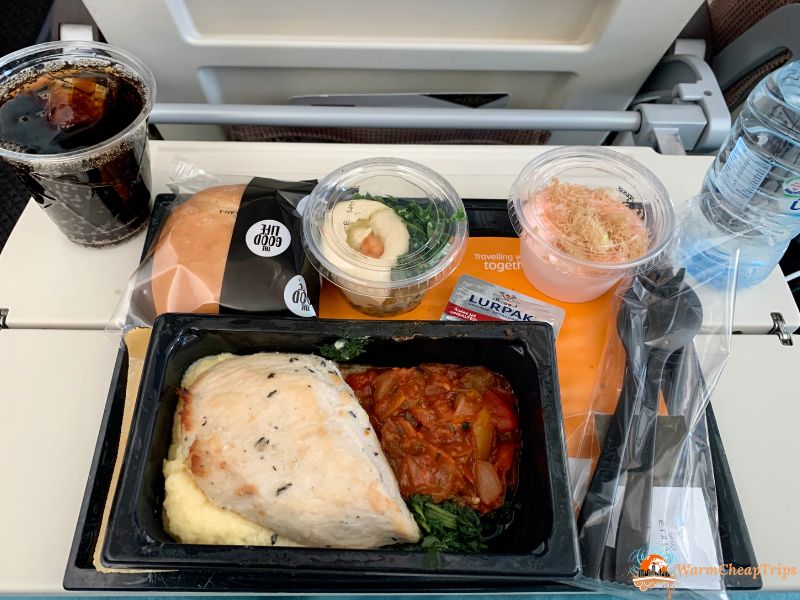 But despite an average flying experience, I don’t recommend flying with Etihad Airways due to their poor customer service. And trust me, Ryanair customer car in comparison is 5 stars!

Some doubts had already occurred to me right away when I had registered for the Miles program, but for some reason, I could not log in and had to solicit them three times before receiving an answer and solving the problem (which was a bug of their site, ndr).
Then for the aforementioned “Verified to fly” and the actual inability to receive the boarding pass as well as any response to reminders.

But the worst was yet to come. And after 11 months, I still haven’t solved it.

It all begins with the “revision of the departure time” of the second leg of the return flight, from Abu Dhabi to Tokyo, which is communicated to me by email during the Milan-Abu Dhabi flight and then AFTER I have checked in for both flights. Mail in which among other things I’m told that I can cancel and request a refund…. OBVIOUSLY, WAS NOT POSSIBLE with boarding passes in hand and luggage already with the final destination Tokyo!

I ask the staff at the airport, even pissed off a lot and they tell me that they call the manager and that he will arrive shortly, but at the time of boarding no one has yet turned up despite my reminders. On board, I ask several times, and they assure me that on arrival there will be colleagues for assistance….. guess what ?! There was NO Etihad staff in the entire arrivals area and given the tight procedures for Covid, it was not even possible to go to the departures to look for someone there. In short, non-existent assistance.

We hope to do all the paperwork quickly, but while we are waiting for the PCR result we understand that we have now missed the last special train to Tokyo (which we have also declared in the forms to be the way we will leave the airport) and the only alternative. is the special taxi for 230 €. Note that I had chosen this flight to arrive at 4pm precisely because the last train was at 7.30pm, otherwise I would have flown with another company (there were alternatives to € 40 more each way, in any case less than the cost of the taxi!!).

After waiting in vain on the phone, several emails and various messages on social networks, I was finally shown how to make a complaint (spoiler: you have to register for the Miles program… the same one that would not let me log in and thank goodness I had insisted on fix it!) and after two weeks (and various other emails and reminder messages), they confirm that they will reimburse me by bank transfer.

But despite having sent the data several times, and they also sent me their “receipt of transfer” (in which three times they have mistaken the data that I had sent correctly!), 11 months later I have not yet received the money on my bank account.

Of course, all this time I have been sending mails and messages. They even called me once, to “apologize” saying that they have never done bank transfers in Japan (… are you serious?? You are a national airline and you are unable to do a bank transfer in Japan?? You are kidding me!) and that they had some problems, but they try again.
Two months ago, shortly after the call, the accountant paper arrives again, but not a shadow of the money on my bank. And from that moment no more replies to my emails, while on social networks they continue to reply “we have solicited your contact person who will contact you shortly”. I believe that my contact person has died in the meantime as there are no signs of life… (or at least gone away from this ridiculous airline).

The fact is that eleven months later, I’m still here, writing to Etihad Airways every day to receive my refund. 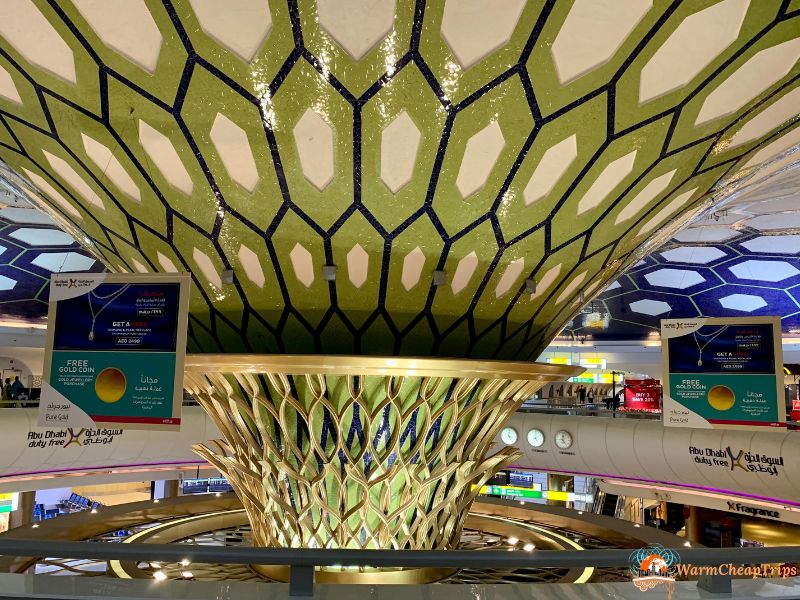 ** I hope I can update the post with positive news soon, but even if it is, I STRONGLY NOT RECOMMEND FLYING WITH ETIHAD AIRWAYS, there are many other much better airlines at affordable prices.

The Japanese Hotsprings – guide to Onsen in Japan