Nokogiriyama: Giant Buddha with a view to the hell!

If you are looking for an unusual daytrip from Tokyo and love to walk in nature, Nokogiriyama in Chiba prefecture is the place for you.

Mount Nokogiri is actually just over 300 meters and it’s known for its shape that if you look at it from a distance, the mountain ridge with its wooded peaks and depressions remind a saw (nokogiri, in fact), but it is also the place where you can see one of the biggest Buddhas in Japan (it should be the biggest sitting, but the Japanese always classify it so that everything is “the most something”….).

The excursion to Nokogiriyama can be done as a day trip from Tokyo, but it can also be a stop on a tour in the Boso peninsula, an area that is not very promoted but rich in nature, both as a mountain and as a sea. 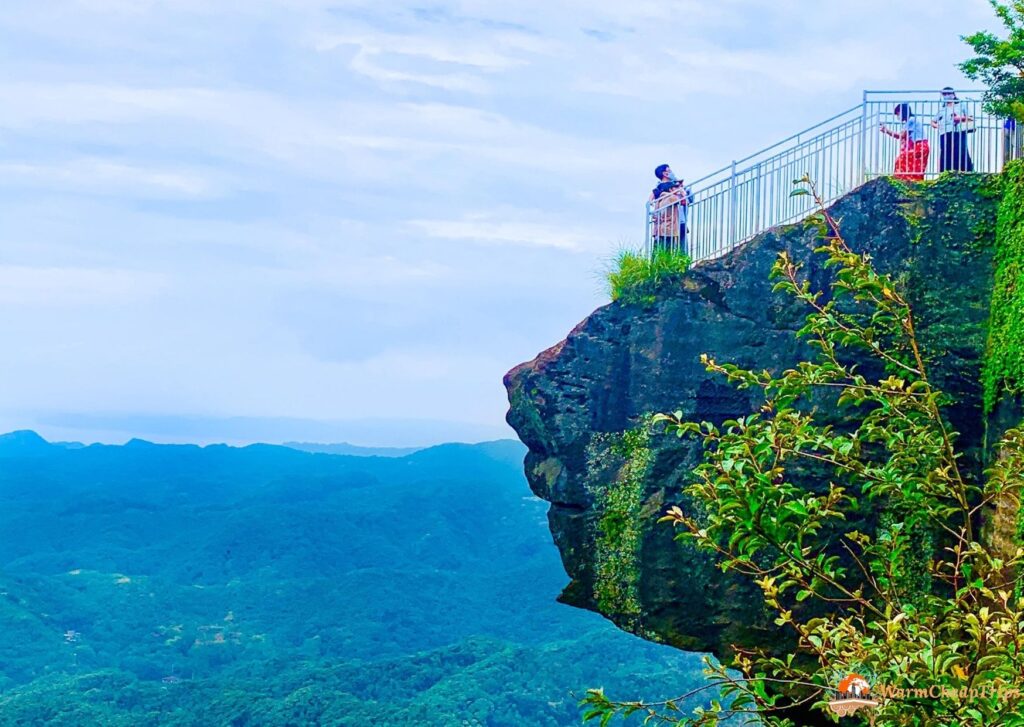 As is often the case in the Japanese mountains, also at Nokogiriyama there are steps everywhere. Several hiking paths cross Mount Nokogiri, almost all made up of dirt stairs, so even if you take the ropeway to get there, to see the attractions of Nokogiriyama you will have to hike, so be prepared to work hard wearing comfortable shoes, and bringing water and a towel for sweat. The path, however, is shady, surrounded by greenery and with several Jizo statues along the way (many have been repaired after being beheaded by the anti-Buddhist movement of the Meiji Restoration period). Definitely a mystical place, where the Nihonji Temple is also located. The center of the temple not accessible to the public, since Buddhist monks come here to practice.

Between the Hama-Kanaya station and the ropeway that takes you to Mount Nokogiri there is also a port where the ferries arrive from Kurihama, prefecture of Kanagawa, where I recommend stopping to eat excellent fresh fish, in particular horse mackerel (鯵, aji) fished abundantly in this area.
Entry to Nokogiriyama costs 600 yen and can be accessed from 8.00 to 17.00 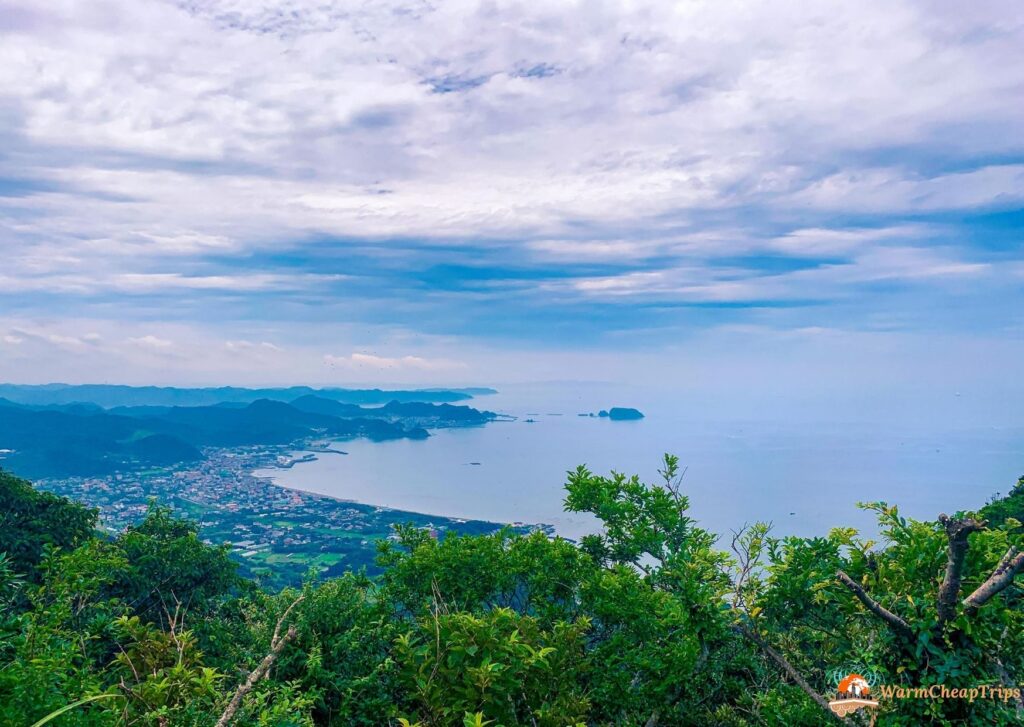 The main attraction of Nihonji Temple and Mount Nokogiri is a 31-meter statue of Buddha carved into the rock.
This Buddha is relatively recent, having been built in 1780 and is Japan’s largest seated Buddha.

Another statue carved in the rock, 30 meters high, this Kannon statue from 1966 was dedicated to those who died during the Second World War, and is also considered the protector of transport. It is located on the same side of the mountain as the panoramic terrace and from here you can clearly see the shape of the rocky spur.

“Hell Lookout“, this is the name of this spur of rock that protrudes on the side of Mount Nokogiri, from which on clear days you can not only have a beautiful view of the Boso Peninsula and Tokyo bay, but also on Mount Fuji on the horizon. 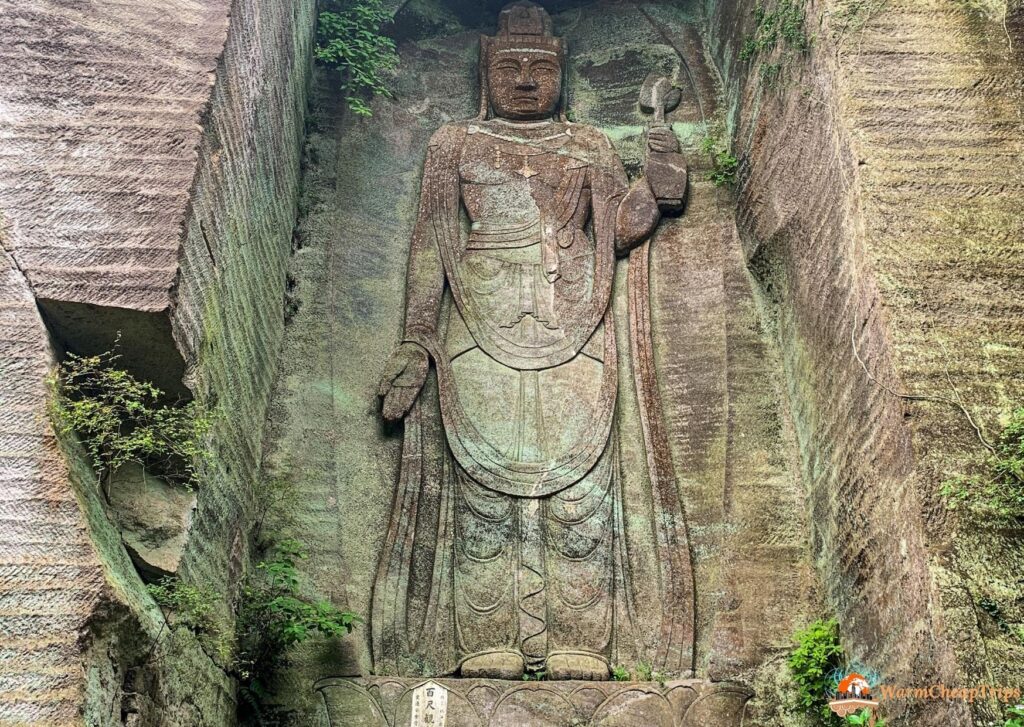 How to get to Nokogiriyama

If you arrive by car, you can choose to park near the panoramic ropeway and go up with it, but you can also avoid it and park already near one of the entrances. Continuing along the coastal road, just past the tunnel, you will see a toll road, 1000yen parking included, which leads to the parking lot near the panoramic terrace, but I advise you to continue further and take the next road that will take you for free to the nearby free parking to the Great Buddha.

Arriving by train from Tokyo, the closest station is Hama-Kanaya Station, on the JR Uchibo line (covered by the JR Pass), and can be reached from Tokyo in a couple of hours, with a change of train in Chiba. 10 minutes’ walk and you will reach the Panoramic Cableway.

Shibu Onsen and the onsen hopping near the Snow Monkey Park