I have been in Sardinia twice, both times on the northern coast, the most famous and known. Luckily, I visited this area both times in June, when there are still few tourists who flock to the beaches of northern Sardinia, and I was able to enjoy the spectacular landscapes and beaches of this land without the crowd of August. The best way to visit Northern Sardinia is certainly rent a car, because public transportation are not really frequent and convenient.

Northen Sardinia: from Gallura to Asinara

Arriving in Olbia, you will immediately meet the famous region of Gallura, an area not only known for tourism, but also important for the production of cork and granite. A series of factors that make the Gallura area the best quality of life in Sardinia.

From here, enjoy an excursion to the Maddalena Archipelago, between almost untouched beaches and the island where Garibaldi was exiliated. Then continues through the Gallura, flanking hectares of land unfortunately burned by fires, often malicious, which fed by the constant wind, are the scourge that has been repeated for too long. Left behind Costa Paradiso, its rocky coves alternating with fine sandy beaches until you get to Stintino and the magnificent beach of La Pelosa.

Personally I think that to fully enjoy the beauty of Gallura you need at least a week/10 days instead to visit the entire north coast of Sardinia. But let’s see what are the main spots of a tour in Northen Sardinia.

Once arrived in Sardinia you can’t wait to take a swim in the crystalline sea of ​​the north of Sardinia, so I reccomend youto stop at Golfo Aranci. A series of white and fine sandy small beaches and rocky beaches, some equipped, others surrounded by junipers and reachable with short walkings.
A dive here is ideal to immediately enter the holiday mood and relax in the turquoise waters of Sardinia.

Porto Cervo is the mundane center of Costa Smeralda, a very famous place with resort, VIP villas, trendy clubs and super yachts.
The area is certainly beautiful, but unless you are looking for scoops, private parties to try to fall in love or chase with the VIPs, don’t waste your money searching an expensive accomodation here.
But don’t miss  quick stop to breathe a bit of this chic atmosphere and photograph the yachts and walking through the narrow streets of the small village (which is a fraction of Arzachena and has only 400 inhabitants)! 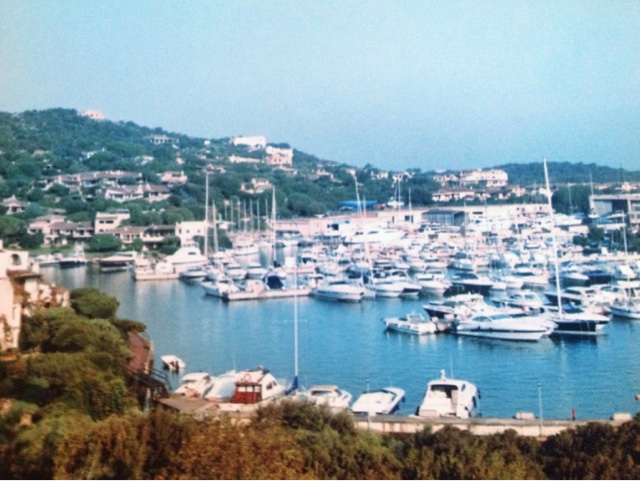 Rock of the Bear

I love rocks that have particular shapes. And in Sardinia of these curious rock formations there are several! One of the most famous is located in Gallura, a short distance from Palau. To reach this impressive natural sculpture that reminds a bear, you need to leave your car at the parking lot and take a short walk.

The image of the bear looking at the sea is one of my best memories of Sardinia, having visited it at sunset, with very few tourists, it was a very suggestive experience.

This unusual shape is totally natural: the rocks was shaped by the winds for millions of years and had remove the most fragile rocks, leaving the mighty granite till this final resut.

The whole area of ​​the Maddalena Archipelago is a geo-marine park, so the beautiful beaches, the emerald waters and the fauna and flora of the island are carefully protected, be respectful of this delicate environment.

Among the most known islands, other than La Maddalena, Caprera gain a special mention: is the island where Giuseppe Garibaldi (who unified Italy) died after spending 20 years in exile. Today, the house where lived the man who united Italy has become a museum that can be visited, which collects the relics that belonged to him and is integrated with interesting explanations and historical notions and is a milestone in my opinion not to limit only to the beaches a holiday in Gallura.

In the vegetation that surround the museum you could also meet small wild boars… was the first time I met them so close and in freedom and it was a real emotion!!

The most northen point (excluding the islands) of Sardinia, overlooking the Bocche di Bonifacio and perfect point to extend the holiday up to Corsica. Nearby there are also nuraghic sites known as the Tomba dei Giganti. Being one of the largest inhabited centers of Northern Sardinia and thanks to its central position, it is an excellent base to stay overnight and find all the services and amenities.

When I was there, to enter in the village of Costa Paradiso there was a bar and you could only access if you overnight there, I do not know if anything has changed in the years, but thanks to that there were never too many people in the beautiful coves that they could be reached on foot from the center of the village. Cala Li Cossi is a real gem, with small beach that slides gently in a water so emerald green to seem fake… in my opinion the most beautiful beaches of Gallura are located right here, between the complex of Costa Paradiso and Isola Rossa (Red Island), with its typical reddish rocks and the sixteenth-century tower, an unmistakable image of this area. 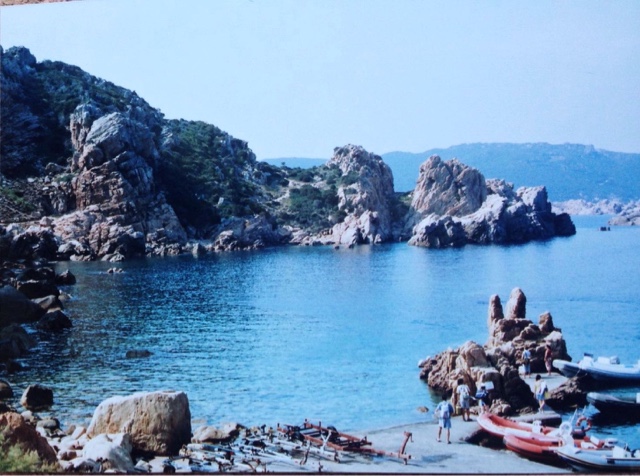 And here we are at north-western end of Sardinia, in an isthmus of land stretched out into the sea.
In Stintino we can find La Pelosa which is probably the most beautiful beach not only in Northern Sardinia, but in all of Italy.
Turquoise and transparent water, white fine sand, bordered by the green of the Mediterranean vegetation. A true paradise, which has nothing to envy to the best Caribbean beaches, an absolutely unmissable stop, despite often crowded because of its famous beauty.
But in the National Park of Asinara we also find other beautiful beaches, and even if I hadn’t enough time to visit the coves of the Asinara National Park, I am sure you will find them as magnificent as the other ones in northern Sardinia!