If like me you love to soak in the waters of hot springs, Beitou is a destination to be included in your trip to Taiwan. Beitou is a half-day excursion in the northern area of Taipei

The development of Beitou as onsen-town come from the Japanese occupation when the Japanese people start to use the hot spring to soak in, as a common thing in Japan.

That’s why you’ll enter on Beitou’ onsens naked, after having washed yourself thoroughly, as Japanese costume. But if you don’t feel comfortable, don’t worry, in Beitou there are also mixed bath where you can enter together with the obligation to wear a swimsuit. 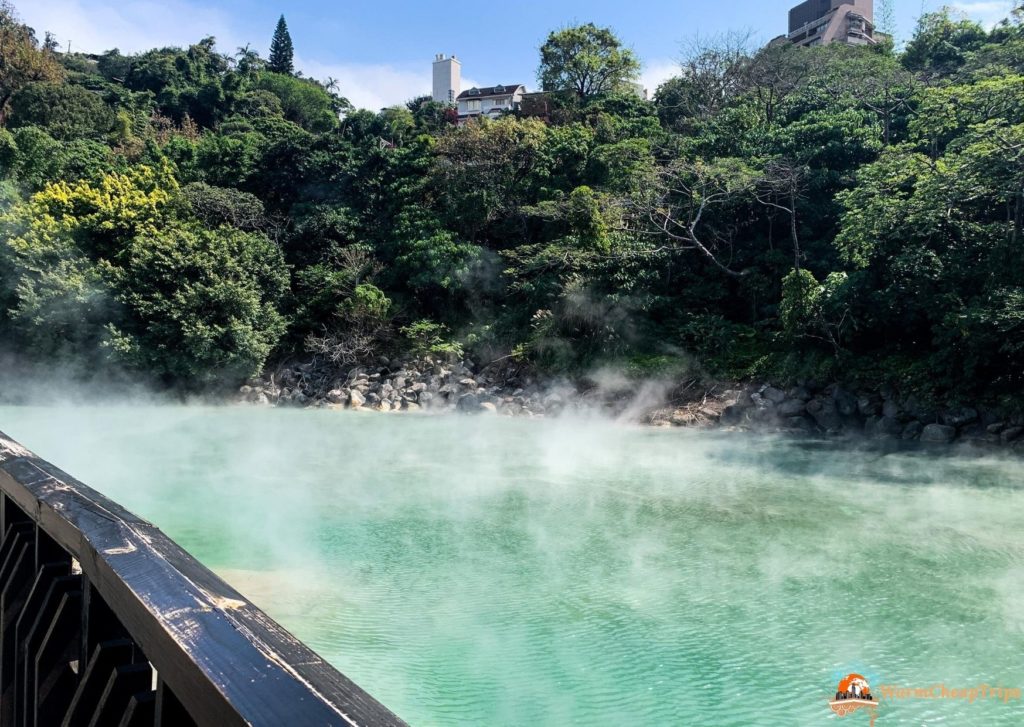 Note that the sulfurous green water, jade-colored which flows with a variable temperature between 50 and 75°C, is found only in two places in the world: here in Beitou and Akita, Japan. The white sulfurous one, on the other hand, is also found in the Japanese area of Kansai and is characterized by the strong sulfurous smell. 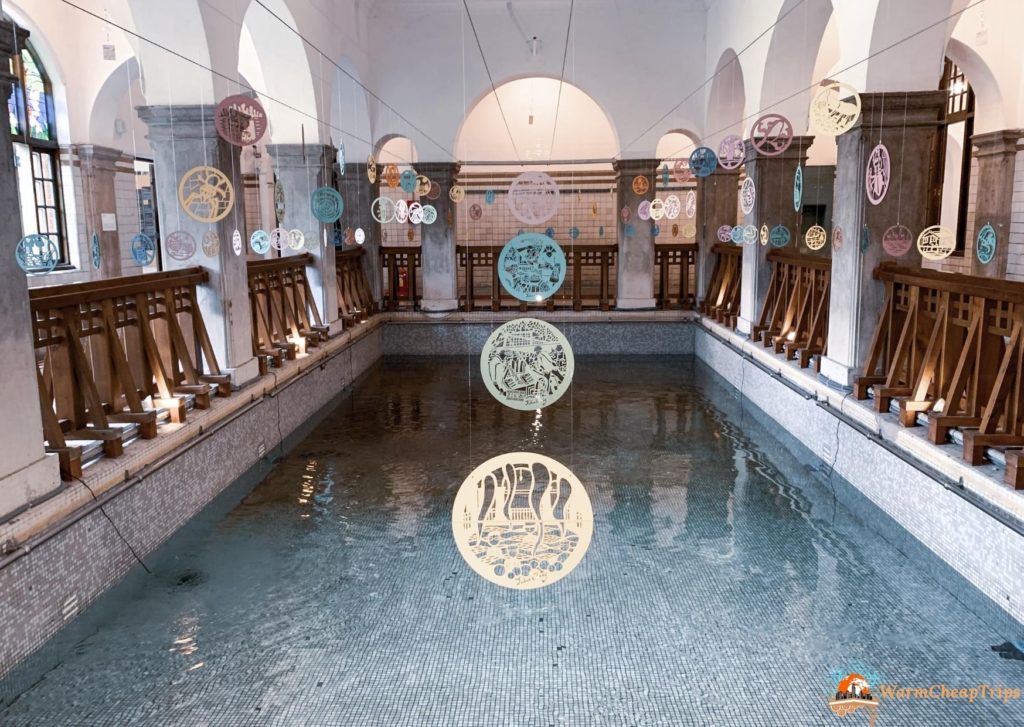 There are two main public onsens in Beitou, one mixed where bathing with swimwear and another traditional one that was visited even by the Japanese emperor Hirohito in 1923 when he was still heir to the throne. The public baths are very simple and spartan, remember to bring a towel and soap (but you can usually buy/rent them at the moment).

The other public onsen in Beitou is the Long Nai Tang, opened in 1907, is the oldest in Taiwan and is in traditional Japanese style, with separate bathrooms where you soak naked. The pools are inside and it is possible to use the private onsen if it’sfree. The entrance costs 150 TWD and is open from 6.30 to 23.00, also here sulfurous green water.

There are also several hotels that allow access to the thermal bath even for those who don’t overnight and in different structures, the use of swimsuits are allowed. The price is generally around ten dollars, I recommend this package on Klook that you can use both for an hour of the private onsen or for unlimited time in the public onsen. These onsens are more equipped and more comfortable than public onsen, hairdryer included.

Although I’m used to bah in Japanese onsen where you soak naked with strangers, having visited Beitou at the beginning of the Covid-19 emergency, we preferred to avoid soak into the public onsen with other people, but to not miss the onsen experience, we opted for a private onsen in one of the many hotels in the area.
Most of the structures, in addition to the classic overnight, stay with access to the hotel onsen, allow you to book rooms with a private bath starting from just one hour, although I personally recommend staying for at least an hour and a half or at two. The cost is much higher (we paid around $100 per room for 2 hours), but you will have your own room where you can rest, private onsen and soft drinks and sweets.

Also in Beitou, as in many Japanese onsen towns, there are free foot baths where you can sit with your feet immersed in thermal water. One is located just outside Xin-Beitou station while Quan Yuan 48 Park is a little further away and slightly out of the way of the other main attractions. 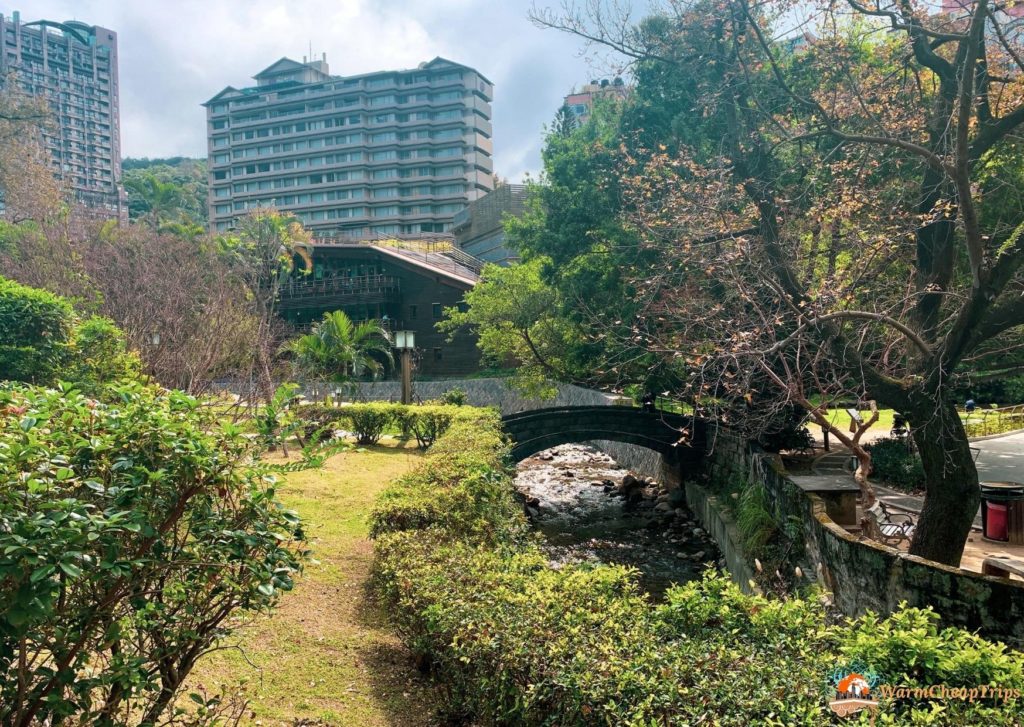 Other things to do in Beitou

Before relaxing in the Beitou onsen, I suggest you to take a walk through the pretty town center which is mainly developed between Xin-Beitou station and the Thermal Valley.

A valley where boiling water flows at 80°C-100 ° C in an environment that reminds me the hells of Beppu, where you can admire the thermal pond and the rise vapors. Of course, soaking is not possible here, but it is certainly an interesting place to visit in Beitou.
From here also starts the stream of hot water that flows through Beitou Park where there are other things to see in Beitou.

A museum built inside an old Japanese onsen, where the story of how the Japanese brought the culture of onsen to Beitou is explained and information about how to join onsen. There is also a tatami room, just to maintain the original style of the building. The museum is located in Beitou Park and admission is free, open Tuesday to Sunday from 9.00 to 17.00

A splendid totally eco-friendly structure built in 2006, in wood with photovoltaic cells on the roof for electricity, rainwater collection systems that are reused in the toilets and large windows that guarantee natural lighting and ventilation. If you love libraries, the Beitou Public Library is definitely worth a visit, admission is free and is open every day.

If you feel like walking a bit more to find some Japan in Taiwan, you could also include Plum Garden, a wooden building with adjacent plum trees, home of a famous calligraphy master in 1950s and the Beitou Museum with the adjacent Marshal Zen Garden. Both built by the Japanese in the early 1920s, they later became the place where Japanese kamikaze found accommodation before their suicide mission. Today the museum host various temporary collections on local cultures and a room for ceremonies, as well as giving the opportunity to admire an original Japanese home (which obviously is not obvious outside Japan!). 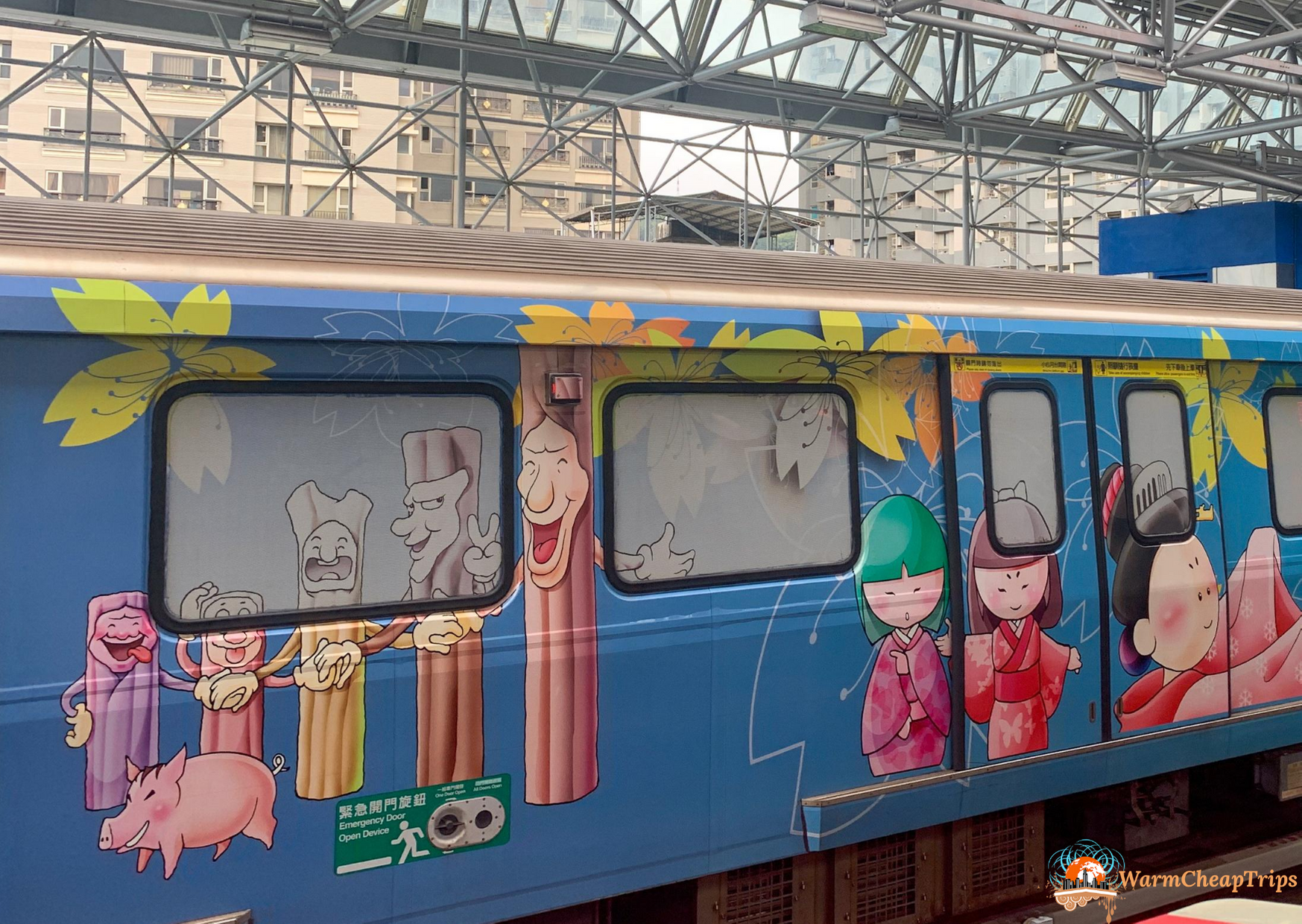 How to get to Beitou

From downtown Taipei, Beitou is conveniently reached by the red line of Taipei metro.
From Beitou station you can take a walk of about fifteen minutes or take the colorful local train that will take you to Xin-Beitou, a very folkloristic wooden station.
The area can be visited easily on foot, but if you want you will also find several local buses and taxis.